Complicated yet integrated characters, a skilfully created sequence of inevitable events and  a thick suspense plentifully fed by a revengeful, murderous intent, Brahmahatya has it all.

To make the novel additionally delectable, there is the  generous inclusion of local flavor. This, I said to myself, is an Indian story written in English. The language does not mess with the ethos, which is exactly how it should be.

The mental outlook of the people who walk the pages of the story must all be in perfect sync with the setting of the story. The match creates a seamless sense of authenticity and congruence which adds greatly to the reading experience. They makes the characters believable. You might almost have met them; been them yourself.

There is no dearth of that congruence and authenticity in Brahmahatya. In fact, it is brimming with both those ingredients.

The atmosphere one grows up in- the thoughts and biases; the influences and words- come together to create a composite character. While it is true that humans are capable of being marvelously and heartbreakingly fragmented, the fragmentation is an exception.

In a novel, if such a fragmentation is included as part of the landscape, it must be deliberately documented and justified. Else you just end up having a Japanese character- brought up Japan as a typical Japanese- thinking, choosing and acting as a European character. That is pretty annoying because the character in unbelievable.

The characters of Brahmahayta match the setting and period in which they live. They are authentically Indian with a natural and consistent Indian mindset, conditioned by the scriptural inputs that most Indians grow up with.

The characters are robust. They are good; they are bad and they are all shades in between- just as real people are. They are passionate and capable of deep emotions. Despite a clear murderous intent on the part of the protagonist Ravi, or of Bhavna, one doesn’t censure them. On the contrary, one sympathizes and understands. The story hangs well, with no incongruous twists or gaping holes gumming up the works.

We should forgive our enemies, but not before they are hanged.

I enjoyed the structure of the story too. The suspense was managed very well. The climax flowed naturally. An obscure grey was skilfully infused at the right time to deepen the reading pleasure. Thankfully, there were no dangling ends.

Of course, a puritan would demand that something specific (and satisfyingly horrible) were done with Reddy. However I am willing to forgo that bit of pleasure because the rest was satisfying enough.

The mathematical prowess of the child Laxmi was a delightfully unexpected touch.

I did find the story a tad confusing in the initial few pages. That could have been better worked out, perhaps.

The inclusion of Sanskrit scriptural verses was a delight. Their use helped explain the motivation of the characters and brought their priorities to light in a very concise manner instead of having to resort to long-winded explanations. As you read, you realized that the characters were being true to themselves- given their thought processes. They had to do the things they did. They couldn’t have done things differently.

The language flowed clear, deep and pretty flawless. It helped me to stay focused on the unfolding events without tripping over bad constructs and poor language.

The only thing that bothered me, however, is the blame that was ascribed to Dr Chari. That was not believable. A doctor cannot be blamed entirely for the death of a patient he refused to admit. Of course, the pettiness of the reason does make the refusal completely unfair. Dr Chari can be accused of callousness and moral decrepitude, not murder! 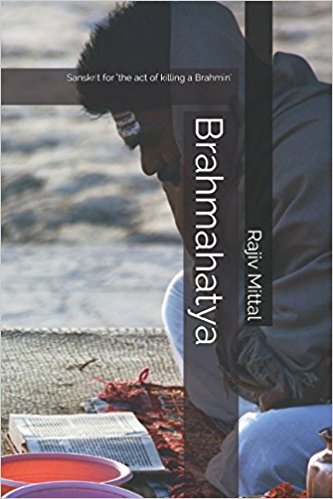 Blurb
A story of revenge and redemption and deeds shaped by forces that humans believe they have defined through mythology and scriptures but still struggle to understand.
A woman employee of a retirement home is shocked to discover that a new resident is in fact the son impersonating his father. The son is seeking revenge. She, by her past actions, is unwittingly complicit in his being there and now tries to thwart his peculiar plans. A senile woman-resident and an enigmatic founder offer him sage advice. The samudra manthan (a major episode in Hindu mythology), a slightly dim secretary and a sinister boss play their part in ensuring justice is finally served but in an unexpected manner.
The novel quotes frequently from the ancient Hindu scriptures and stories that the protagonists use to justify their actions. The treatment of the elderly in society is a major theme.
‘I found Rajiv’s novel completely charming. The story is always interesting and is funny and moving by turns. It has really original elements with its setting and his use of the Hindu stories. I think it is such a good novel and with such appealing characters. I loved it!’ – Rebecca Smith, author of ‘The Jane Austen Writers’ Club’.
Grab your copy @
Amazon.com | Amazon.in | Amazon.co.uk 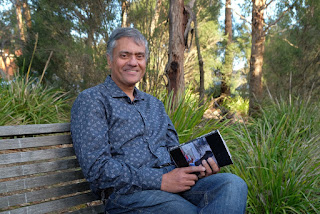 In Rajiv Mittal’s own words:
“I was born in Chennai, India in the early nineteen sixties. I am an alumnus of the Indian Institute of Management, Ahmedabad and a CPA from Australia. I now live in Melbourne after a stint of several years in the Middle East.
Writing was a vague aspiration. It became reality thanks to a stranger who said I reminded him of the main character from Desiderata by Max Ehrmann. He quoted from it, ‘Speak your truth quietly and clearly; and listen to others, even the dull and the ignorant; they too have their story.’”
Stalk him @