Water Boarding is not just a romantic story. While the story revolves around love (yes, there is a love triangle),  this story is a lot more than just another romance.

The story demonstrates how circumstances and events can hold you immovably captive in their grip, reducing you to a helplessness so acute that you feel as if you were drowning.

[Water Boarding is a form of torture in which water is poured over a cloth covering the face and breathing passages of an immobilized captive, causing the individual to experience the sensation of drowning.]

The story revolves around three characters. All youngsters; all utterly and endearingly confused about what’s important in life or how to reach the things they think are important to them. In other words, all three are on shaky ground where their own emotions are concerned.

The protagonist, Ved, is the most clueless of the three. His emotional tangles, made even more complicated by an accident resulting in a partial memory loss, plunges them all into a sad and dismal world of heartbreak.

Self abandoned, relaxed and effortless, I seemed to have laid me down in the dried-up bed of a great river; I heard a flood loosened in remote mountains, I felt the torrent come; to rise I had no will, to flee I had no strength.

There are times when you want to take Ved aside and shake him until his teeth fall out of his head. To induce such peevishness in the mind of a reader is not an easy task.

Both Sara and Maya come across as damp pushovers initially. Perhaps that impression was deliberately created. As the novel draws to a close, however, just when you expected them to fall apart and dissolve into a puddle, both women are found to have spines of steel.

They both refused to be plunged into the neither-here-nor-there world that Ved seems to have a talent to weave around himself. It seems he is content to live in a limbo, floating in a vat of helpless self-pity. Thankfully, someone up-ends the vat with a firm hand just in time. Phew!

There are times when the story doesn’t hang together logically. The motivations of the characters is weak. It is difficult to imagine the character doing things they are doing. The whole incident where Maya was being stalked sounded contrived, illogical and forced. It made no sense at all.

There are few other inconsistencies that a more careful re-reading might have eliminated. For instance, chapter 11 started with first person narration and went off into third person narration. Also, language use is rather clumsy and uncomfortable. That too could have been improved.

And sometimes the people who most need to reach out are the people least capable of it. ~ Jane Espenson Click To Tweet

However, the story makes a strong case for opening up to people who matter to you the most. While you think you are shutting yourself in, your loved ones feel you’ve shut them out. That has only one consequence. They get tired and walk away. 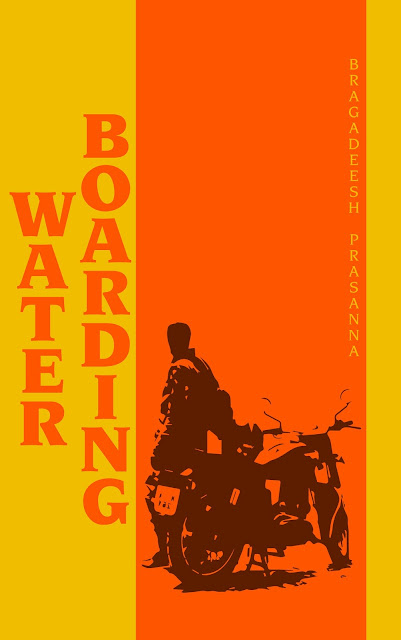 
As a torture technique, Waterboarding involves the torturer to pour water over the face of the captive, over a damp towel to give a sensation of drowning. While the mind knows that he is not actually drowning, the captive’s body sends contrasting signals to the brain making it a very painful experience.
Ved, who just got out of a life-changing accident finds out that he has blank spaces in his memory. He is unsure about his past and uncertain about his future but goes through with the present with the help of his friend Sara. Sara slowly builds Ved’s past, filling him with people and instances he had forgotten.
As Ved struggles with the financial strain caused by his accident and subsequent medical bills and figuring out whom to trust, Ved is forced to live in the moment, which is dark, terrifying and maddening as his past catches up with him. Will he finally know who he was and how his past actions affect his present?
Grab your copy @
Amazon.com | Amazon.in | Amazon.co.uk 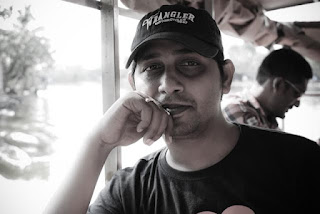 Bragadeesh Prasanna is a Chennai based writer, who blogs, writes short stories and sometimes lets his stories stretch itself to become a full fledged novel.  His romance novel, 300 days, which released in 2016, received generally positive reviews.  He had also contributed to different short story anthologies like After the Floods (Published by sixth sense publication), From Chennai, with Love (Curated by Chennai Bloggers Club)
When he is not writing or dreaming about writing, he runs a marketing agency in Chennai, which specializes in digital marketing. He loves his scotch and coffee, chicken biriyani, Rose milk and Chennai. You can just type in his full name in Google search bar to reach his blog. No, seriously, try it.
Click here to check out all the titles by the author…
You can stalk him @