If You Only Knew Me by Divyata Rajaram is a multi-layered story.

It is a story about five expat women living in Dubai. Their lives are glamorous, living as they do at the higher echelons of Dubai’s Indian society. The women are friends, even good friends. Despite their apparent friendship though, there are threads of rivalry, bordering on downright cattiness, running just under the glossy surface.

The story-line is complex because the characters are complicated- as real human beings are. There are wheels within wheels in the story. Just when you feel things have begun to clear out, something comes up that muddies up the waters again. That kept my attention engaged. There was never a dull moment in the novel. In a who-dun-it, that’s the key ingredient.

I did not like the book title though. It is clunky and unwieldy. Surely something more snappy could have been devised. I almost did not pick up the book because of the title. The book cover sold me though.

I found Rohit’s character inconsistent. From a loyal, devoted husband to a womanizer was too long a leap for me. A devoted spouse may have an affair but surely that doesn’t make him a womanizer? If he really was a womanizer, there should have been a series of affairs and dalliances, which were absent.

Another incongruity was for close friends to remain clueless to their addicted friend’s troubles. That really doesn’t sound convincing.

I also found it rather strange that even at page 106 I was learning new things about the characters… things as basic as their age! Why couldn’t it all be told together? Was this done deliberately?

However, those are minor points. The most important quality of a murder mystery is the pace of its plot to keep the mystery alive. This was a tightly paced who-dun-it. The best part is, I did not guess the murderer. The climax was a revelation, which was satisfying.

Do read some of my other Book Reviews too.

IF YOU ONLY KNEW ME
by
Divyata Rajaram 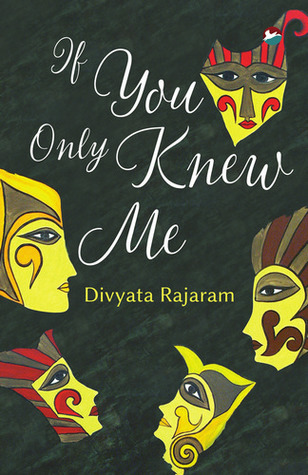 BLURB
If You Only Knew Me is a story of friendship, passion and intrigue set in Dubai, arguably one of the world’s most exciting cities to live in.
Rupali, Anjali, Dipika, Sakina and Monica are five NRI women whose lives are glitzy and exciting as they flirt with high society within the charmed social circles frequented by the Dubai expat community. Beautiful homes, designer clothes, shoes, fast cars and a lifestyle that is envied by all, there is very little these women have not attained. Together they have also woven the closest of friendships and must rely on each other to stay on top.
Appearances are deceptive, though, and often the people you think you know the best, harbor secrets too dangerous to be shared. When tragedy befalls, the investigation that follows opens an ugly box of secrets that will test their friendship and find them struggling to make sense of the madness and deception surrounding them.
Who can they really trust anymore? How far must they go in their fight for survival?
How long will their friendship last once the masks have dropped and none can pretend any longer?


Read an excerpt from the book…
Dipika’s head was swimming as she sat in Tim Horton’s, Mall of the Emirates, waiting for Rupali to join her. The only reason she had even fixed up to meet her was that she knew her mother had called up Anjali who would have informed Rupali.
“Ha … I’ve crossed over to the dark side, Ma. Too late to return home again,” she thought. The black coffee she sipped did nothing to clear the confusion in her head.
Dipika pushed her limp, dank hair out of her eyes, struggling to make sense of the menu in front of her.
That bastard was stringing her along, she knew it. All his false promises meant nothing, she thought wearily while gazing at the menu.
She looked up to find Rupali rushing over to the table.
“Dips, darling, so good to see you,” said Rupali, trying to sound upbeat and cheerful. She almost recoiled as she hugged Dipika.
The stench of body odor and some other strange pungent aroma permeated the air around her.
Dipika looked awful; her usual dark circles worse than ever, hair dank and limp, and lips cracked and blistered. She never used makeup, but this was truly the worst Rupali had ever seen her look in a long while.
“Are you okay, babe?” she asked in a soft whisper. The answer seemed apparent – she was not.
Dipika made a superhuman effort to sound and act normal.
“I haven’t been too well, Rupa. That’s what I had called mom about. Hope she didn’t worry you girls. I’m sure it’s nothing serious. I just haven’t been sleeping much lately and it’s telling on my health.”
Rupali was sure that Dipika was depressed about her father’s upcoming death anniversary.
“Listen, baby … you are going through a tough emotional phase right now. It will get better, I promise. Meanwhile, we are all there for you, okay?” She hoped she sounded more confident than she felt.
Dipika nodded listlessly. Poor Rupali, such a good friend, always looking out for her. Dipika felt a million miles away from her right now.
They finished their coffee and made their way over to a few shops. Rupali could tell Dipika was having trouble walking and put it down to her mystery illness. Psychosomatic symptoms, probably, given her bouts of depression. All she could hope for was that whatever it was, it would clear up and her friend would get back to normal.
Dior, Valentino, Lanvin; there was truly no dearth of high-end brands in the latest styles in the Dubai malls. The girls finally agreed on a stunning Chanel dress, stark and beautiful, in black and white. When Rupali tried it on with the blue turquoise earrings the shop assistant provided, she loved what she saw in the mirror. The hunt for matching shoes took them to the Shoe District where even Dipika was seemingly revived by the stunning collection of Christian Louboutin. Rupa convinced her to pick up a pair of strappy stilettos in hot pink with a gold trim.
Rupali hesitated for a few seconds before charging her card. Sometimes she felt guilty about spending Rohit’s money. However, he had always told her that appearance meant everything – sleek, sophisticated and expensive clothes were his natural choice and, now, hers as well.
Finally, exhausted with their shopping, the girls headed to the parking lot where Rupali’s driver was waiting for them. She asked him to first drop Dipika off at her apartment on Sheikh Zayed Road before heading to her own home.
On her way home, she quickly called up Anjali.
Grab your copy @
Amazon.in | Flipkart 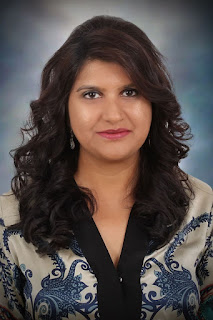 Divyata Rajaram has been living and working in Dubai for the past fifteen years. An experienced financial service professional, she is also an accomplished singer of Hindustani classical as well as western music. If You Only Knew Me is her first novel based on NRI women living in the UAE, and offers a glimpse into their lives and the challenges they face in a foreign land.
An avid reader of crime fiction, Divyata lives with her husband, their daughter and a beautiful dog in Dubai.


Book Review: If You Only Knew Me